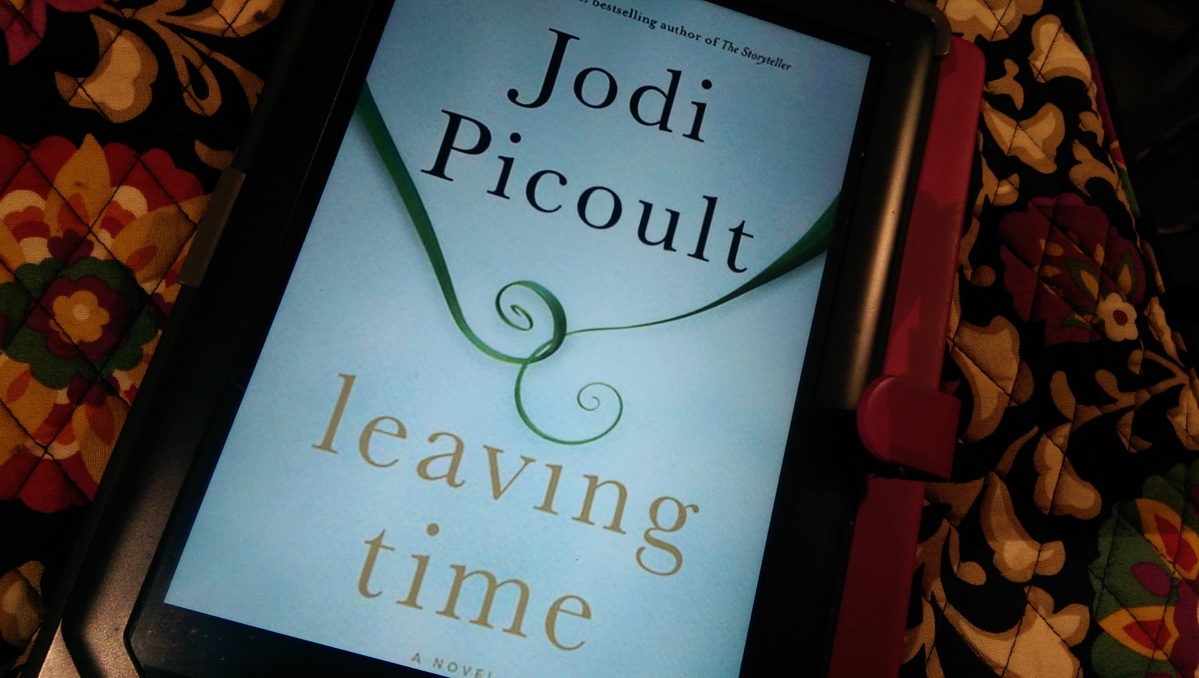 Gosh, I was really looking forward to this book. I just love Jodi Picoult’s books. They are always engaging and thought-provoking stories that are sure to capture me for days. As soon as Leaving Time was released I traveled to the NOOK store to check it out and buy it. I always read the customer reviews before clicking that “purchase” button, however. Oh, oh. Not everyone liked this book. Some major spoilers were dropped by some of the reviewers, (may they have tons of snow to shovel, uncomfortable nights and frozen days. Also frozen pipes. Really, I hope that raging stomach flu breaks out in their households along with the pipes, not that I mind that they REVEALED major elements of the plot before I could read this book…) and some people were disappointed that there was so much information about elephants in the book. Well, darn! Now I have a problem. Should I buy a book whose unexpected twists and turns have been partially revealed ahead of time? Do I really want to know more about elephants? Elephants! Of course I want to know more about elephants!  How can I resist reading a book that twists the plot around elephants?

Yep, that was the deciding factor. There are elephants in the book. You see, every year I showed a National Geographic video to my biology classes called Journey to the Forgotten River. This video documents the events that occurred during years of drought in Botswana, Africa when herds of animals travel from their normal habitat to the Linyanti. The great migration included herds of elephants who made the journey to this place where none of them had even been before. The memory of a safe haven at Linyanti is an ancestral one; it is inherited. What is going on in their brains, I would wonder every year? What is the biochemical basis of memory? How cool it would be to research that.

Then there was this 60 Minutes segment I saw on elephant speech called The Secret Language of Elephants. I seem to remember a researcher in the segment describing standing in front of the elephants in a zoo exhibit and feeling a low vibration; she had detected elephant speech in a register too low for us to hear. Modern elephant research now includes listening projects to collect examples of language along with other observation of their behavior; an elephant language dictionary is currently being developed. We all know that elephants have tremendous memories; evidently they also have language and culture. I’m a geek, through and through. There was no way I could walk away from a Jodi Picoult novel that included elephants even if I knew critical details of the story ahead of time. Hello, she had me at elephant!

It was a good decision.

The story in Leaving Time centers around Jenna Metcalf, a self-sufficient and determined 13 year-old hunting for her missing mother. Her mother, Dr. Alice Metcalf, was an elephant researcher who disappeared 10 years earlier under mysterious circumstances that included a dead body and (what a shock) an elephant. Driven by the need to know what happened on that fateful day, Jenna saves up her babysitting money and takes action to get to the bottom of things and find her mother. She hires a down-and-out PI and enlists the aid of a psychic. Together they investigate the cold case, hunt for answers, solve the mystery, and obtain closure. There, that is all you get about this plot because I refuse to spoil this for anyone! I will say that the themes of this book are engaging and meaningful. The book is about the bond between mothers and daughters, grief, memory, and the pervasive connections between people, between elephants, and even between people and elephants. Yep, you do learn a lot about elephants, but they are essential to the story. I was not surprised by all of the plot twists in the book, because of the evil, thoughtless spoilers, but the story held me fast, the need to solve the mystery was compelling and I cried at the end.

If that’s not a good book, what else do you need?