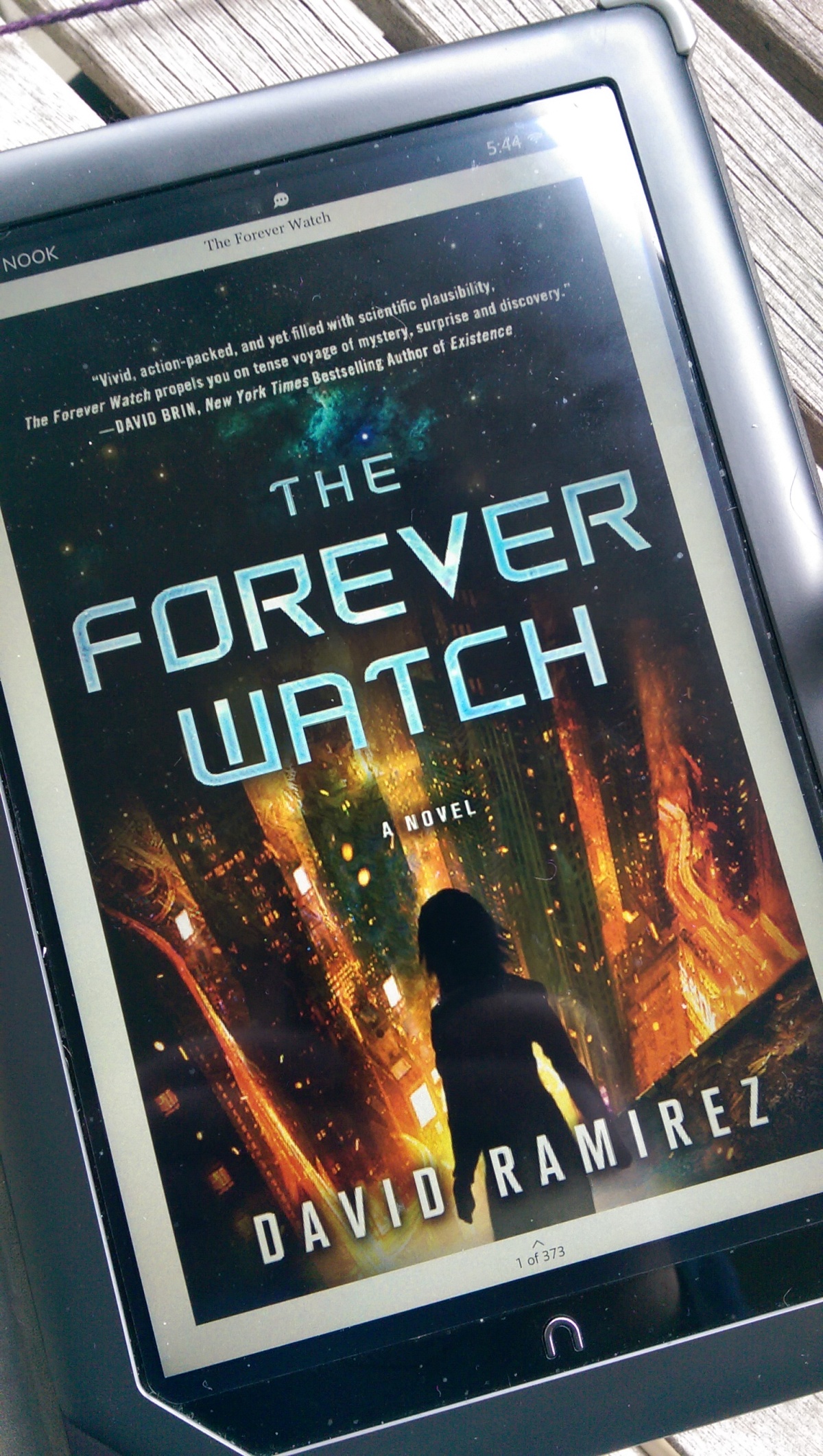 My son has been playing a game lately on his PS4 called Destiny. It has a minimal storyline; mostly the game seems to involve building weapons, armor, working in teams to complete missions, and blasting everything in sight. My favorite thing that I see him blasting is a tank that looks like a giant spider. See, there is biology even in space-themed shoot-em-ups. I do idly wonder about the storyline of this game. The premise is that a “Traveler” came to Earth with new technology that boosted the human condition. Following this event other aliens followed the Traveler to Earth, there were horrific battles, almost all the inhabitants of the Earth and its  colonies on the other planets in the solar system were lost, and humans are now engaged in an endless war.  Or maybe this is all wrong; the game scenario involves activating a long-dead person to participate as a “Guardian” in service to the “Traveler”. The player only knows what he/she is told. What is the truth? Where is the Destiny? Why is the game called that, anyway?

All this has to do with a book that I read recently that continues to haunt me. In the book “The Forever Watch” by David Ramirez we meet Hana Dempsey and her fellow travelers on the spaceship Noah traveling to a distant planet called Canaan. The Earth has been lost; all that remains of mankind is the population of this ship. The journey is a long one; centuries have already passed and there are more to come before the journey is completed and mankind arrives at its new home.

We quickly discover that life on the Noah is very different from the one that we know, and that things aren’t quite right. The Noah is enormous. There are entire cities and biomes contained within its hulls. Everything and everyone on the ship is subject to highly regulated conditions that are designed to maintain the ship, preserve the genetic diversity and survival of the crew, and ensure the success of the mission. Everyone has been tested, enhanced with cybernetic implants, and slotted into jobs that fit their physical, psychometric and mental abilities. There is extreme control of information and society is structured into a type of caste system.

It is in this environment that Hana serves her mandatory Breeder Duty and awakens to find her child gone forever. Say, what? Children aren’t raised by their parents; that duty is assumed by specialists who raise the children of the ship. Hana struggles as she returns to her job as a city planner and reconnects with her friends after the lost months of her pregnancy. She enters into a relationship with Leon and joins him in an effort to solve the mysterious death of his friend and mentor. Here’s the problem of life on the ship: the crew only know what they are told. What is the truth? What should they believe? What actually did happen to the Earth? Are we really on a ship? Where did all of this technology come from? And what is up with all these mysterious and violent deaths?

A lot of questions. I asked all of these and more while reading the book. This is an extremely intelligent book, and it took many twists and turns as the story unfolds and we discover the true history of the ship, the nature of the inhabitants, and the mission that they serve their lives fulfilling. Finally, at the end of the book, the title takes on meaning. Hana, suffering the loss of a child, gains much more at the end of her life.

This is a good book, but it is also not a book for everyone. There are some serious challenges for the reader and flaws in the book. It is assumed that everyone understands homeostasis. Since I have failed to fully explain this concept to neighbors who have invested thousands of dollars into pH machines that are supposed to cure all illnesses, I suspect that it is a more elusive concept than we biology teachers want to believe. I know from personal experience that the alternation of generations in plants is beyond EVERYONE. At one point the author used the conjugative propagation of plasmids through bacterial populations as an analogy of something to do with computers. Seriously. Not everyone has a degree in microbial genetics. It would help readers of this book, however, if they do have a degree in computers.  And what is it with all of the colors? I had to look up some of the colors in descriptive phrases just to figure out what they were. It was kind of fun, but only because I was reading on a NOOK.

OK, enough with the venting. I feel much better. It is mostly because of these negative factors that I put off writing about this book for so long. Truthfully, this book was so good that it continued to nag at me for a long time after I finished reading it. Forget the technical problems; the plot was well conceived, the basic scenario convincing, and the twists and turns took me down paths and through doors that I didn’t expect. I look forward with longing for the next book by this author.

Back to the game. I think that it is time for another mission.

2 thoughts on “The Forever Watch”